Benefits of a Rich-Burn Engine Generator in a Standby Application

In natural-gas-fuelled generators, a popular method for reducing and controlling emissions levels is to use catalytic reduction and air-to-fuel ratio (AFR) control. This can be applied to either a rich-burn or lean-burn engine. Choosing between the two comes down to what the customer's application need are.

In standby applications, the benefits of rich-burn technologies outweigh those of a lean-burn approach. These benefits include improved emissions, better starting and load acceptance (including block loads) and superior tolerance of ambient operating conditions.

This paper will discuss all AFR approaches and explain why the rich-burn alternative is more appropriate for emergency standby power. 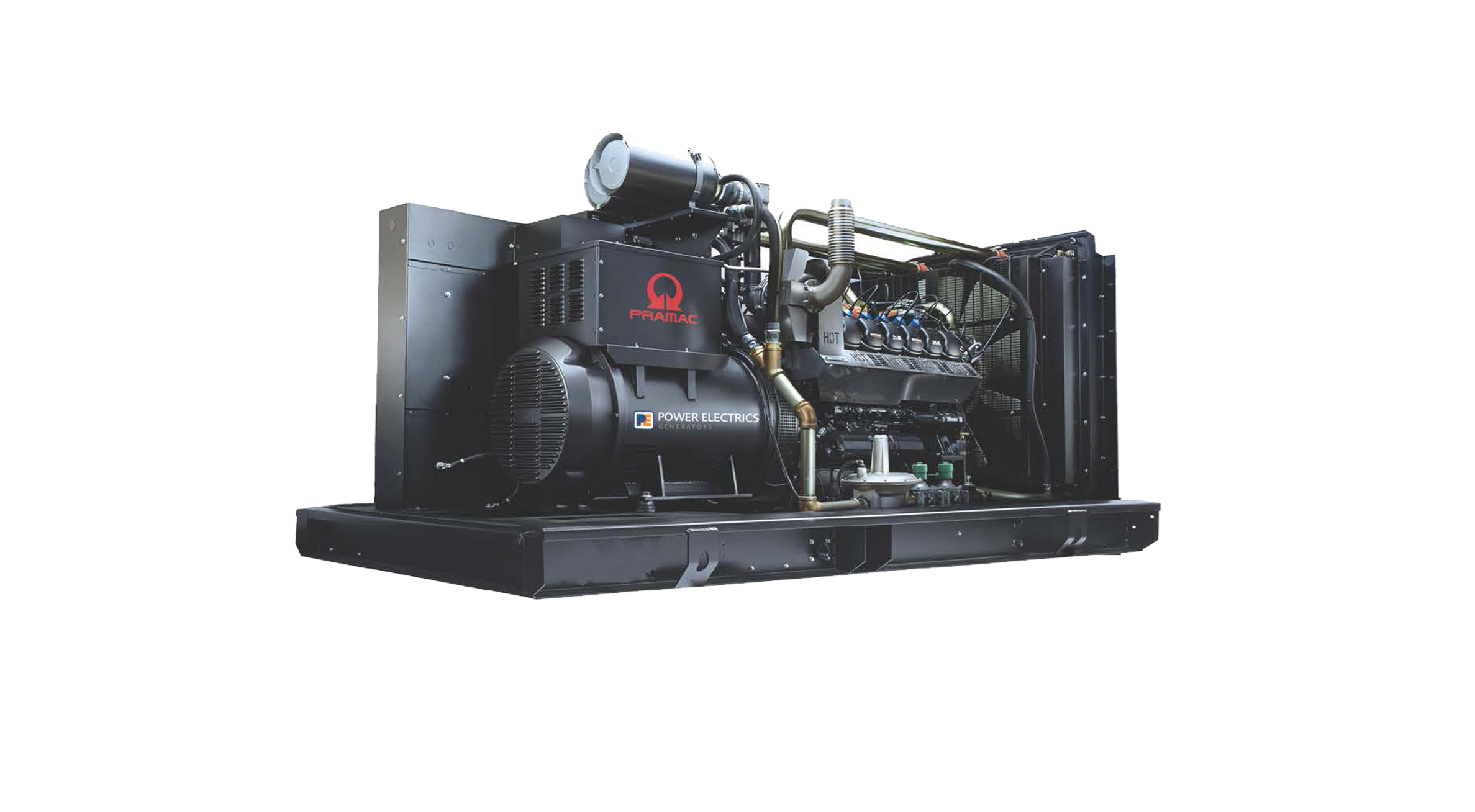 The shift towards natural gas generators has been accelerated by the low cost of natural gas as well as the overall demand for clean power generation. Severe weather and power outages that result are likely to continue boosting natural has generator demand in the industrial market. Natural gas is a virtually unlimited fuel source because it is utility-supplied, and its already clean-burning properties mean little to non of the expensive exhaust after treatment found on today's diesel-fuelled get-sets is required. As such, the gas generator set market segment is expected to grow up to $1.6B in North American by 2022.

Nonetheless, a popular method for reducing and controlling emission levels is to use catalyst reduction and air-to-fuel ratio control. Choosing between a "lean-burn" or "rich-burn" air-to-fuel ratio (AFR) comes down to what the customer application needs are in terms of fuel flexibility, reliability, cost and standards compliance. Lean-burn gas engines sometimes operate a higher loads, but rich-burn engines can achieve lower emission levels and generally have better transient load capability.

Natural gas fueled generators can be categorised on the basis of the air-to-fuel (AFR) which they operate. This is generally represented by lambda (ƛ). Below are the three AFR types:

By contrast, lean-burn technology offers poor block-loading capabilities as well as poor performance at higher temperatures and altitudes. Most lean-burn engines also require selective catalytic reduction (SCR) exhaust after treatment, which is costly and requires high maintenance. Local emissions regulations may allow lean-burn engines to operate without an SCR, but they can still be required to have an oxidation catalyst to control carbon monoxide (CO).

Some of the benefits of rich-burn engines in standby applications in more detail:

When equipped with a three-way catalyst, rich-burn gen-sets provide the lowest emissions when compared to lean-burn units. A Generac factory-supplied three-way catalyst is a cost effective and easy-to-install product that can also act as a muffler. A rich-burn engine with this catalyst typically has oxides of nitrogen (NOx) emissions that are an order of magnitude below the engine-out values of the most advanced lean-burn engine technologies.

Rich-burn engines perform better in emergency standby applications because of their ability to accept a block load and operate at a wide load range. Lean-burn engines do not accept a block load well and perform poorly under varying loads. From a customer standpoint, this is typically quantified through application of the ISO 8528 standard, where the G2 class is typically the applied level from the diesel generators. Rich-burn generators are capable of complying with the tight G2 performance standards, whereas lean-burn generators have to declare modifications to the stringent performance standards.

Along with emergency standby applications, Generac has optimised its rich-burn technology to be used in energy management applications such as demand response and peak shaving. The aforementioned benefits mean a low capital cost, allowing the end user to substantially decrease their peak demand charge compared to lean-burn engines.

Given the higher running hours in energy management applications, the typical industry thinking is that the fuel consumption advantages of the lean-burn solution will favour its use. However, the engineer must look at all capital and operating expenses in such an analysis to determine the optimal solution for the customer's application. There are many cases in which high-power, rich-burn engines actually deliver better fuel efficiency than their lean-burn counterparts.

The benefits of rich-burn technologies outweigh those of a lean-burn approach in standby applications. Improved emissions, better starting and load acceptance, as well as superior tolerance of ambient operating are just a few of the benefits to a rich-burn engine.

Explore Rich-Burn generators we have in Stock: