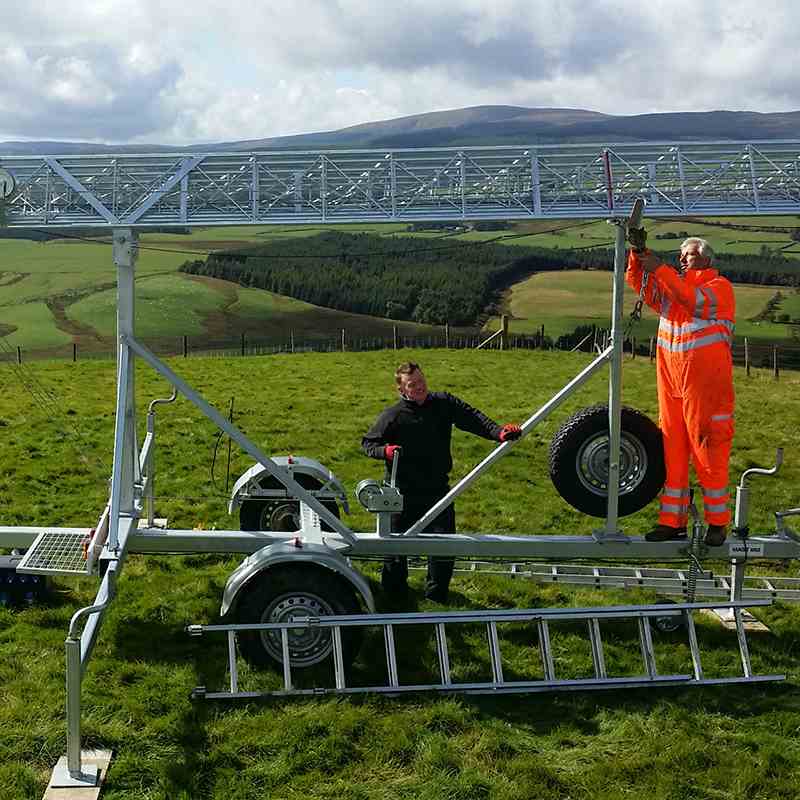 Penffordd las (also known as Staylittle) often cited as one of the most isolated towns in the UK experienced a severe power outage when thunderstorms hit the region leaving 25 homes without power.

Residents were having to drive up to 10 miles outside of town just to get a signal and ten days later this was still the case.

As media attention began to grow, a major mobile company stepped up to the plate and began to form a plan to get Staylittle back on the grid.

The mobile phone operator contacted Power Electrics to supply the generator and accompanying cables. However, getting an 850kVA generator up a muddy hill would need two tractors, and as such our engineers also had to work out a transport plan that was far from straightforward.

The tractors safely transported the generator and mast across the troublesome terrain and the mast was erected successfully. Phone service was resumed for the residents of Staylittle.

Power Electrics ensured that Staylittle wouldn't be left in the lurch again and continued to make bi-weekly trips to service and refuel the generator for as long as was necessary.

Urgent Power for Isles of Scilly